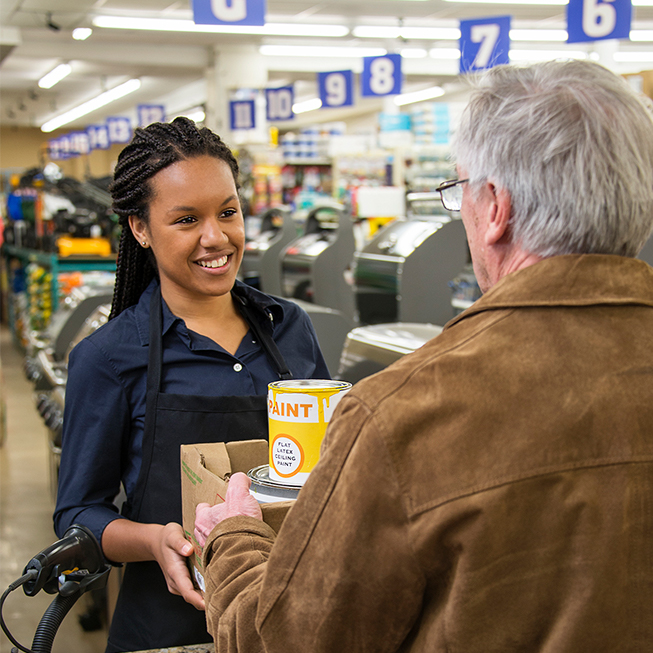 April 27, 2022 – A new paint recycling program beginning May 1 in New York State invites households, schools, and businesses to recycle leftover paint, stain, and varnish conveniently and sustainably. The program is operated by PaintCare, a nonprofit organization created by the paint industry through the American Coatings Association (ACA) to manage leftover paint in states that have enacted paint stewardship laws. PaintCare plans to expand to over 300 drop-off sites across New York State in the coming months through partnerships with paint retail stores and local government facilities.

“We’re excited to launch our paint stewardship program in New York State so that households, businesses and institutions can drop off leftover paint at their convenience, all year long,” said Andrew Radin, PaintCare’s New York program manager. “We’re grateful for the important role that paint and hardware stores, as well as local government facilities, will play in making sure this environmental initiative is successful by voluntarily serving as drop-off sites. We look forward to adding additional partners in the coming months as we aim to recover and recycle over one million gallons of leftover paint each year.”

New York’s paint recycling program comes in the wake of a paint stewardship law that was passed by the State Legislature in 2019. The law ensures that everyone who produces, sells, and uses paint works together to minimize, reuse, and recycle unwanted paint. Oversight for the program will be provided by the New York State Department of Environmental Conservation.

How It Works
PaintCare makes it convenient to recycle leftover paint by establishing drop-off sites at local government facilities and paint retailers near residential neighborhoods. These locations are easy to find by visiting PaintCare’s online site locator at www.paintcare.org, or by calling PaintCare’s hotline number at (855)PAINT09.

Most PaintCare sites accept both latex- and oil-based architectural paint products, including paints, stains, sealers, and varnishes. Paint must be dropped off in its original container with its original manufacturer’s label. A full list of products accepted by the program is available on PaintCare’s website at www.paintcare.org/products.

All sites accept up to five gallons of paint from each customer, and some sites may accept more. Those planning to drop off paint are encouraged to call ahead to ensure the site can accept the amount and type of paint they want to recycle and confirm the site’s hours of operation.

There is no cost to residents and businesses when dropping off their unwanted paint for recycling. A small fee on the sale of new paint—called the PaintCare fee—funds all aspects of the program including paint collection, transportation, processing and public education. The PaintCare fee in New York varies by container size: $0.00 for half pint or smaller; $0.45 for larger than half pint up to smaller than one gallon; $0.95 for one gallon up to two gallons; $1.95 for larger than two gallons up to five gallons.

Businesses, organizations, and households with 100 gallons of paint or more to recycle may request a free pickup at their location. Some restrictions apply. More information and a request form can be found on PaintCare’s website at www.paintcare.org/pickup.

The new program is expected to manage more than 1.1 million gallons of paint in its first year. In New York, 36.6 million gallons of paint are sold annually, and it is estimated that about 10 percent of household paint goes unused. PaintCare helps ensure the “highest, best use” for paint collected in the program, including giving away good quality material as-is, recycling it, or putting it to another beneficial use. Most of the paint PaintCare receives is latex-based and can be remixed into recycled content paint by processors. To date, PaintCare has processed more than 50 million gallons of paint nationally and saved state and local governments millions of dollars.

“Paint products can harm the environment if not managed properly,” said Department of Environmental Conservation (DEC) Commissioner Basil Seggos. “New York State’s Paint Stewardship Program will simplify the process for those looking to dispose of paint by providing a collection network of paint retailers, local government facilities, and reuse stores at more than 300 drop-off sites across the state.”

“Since PSI began working with the paint industry two decades ago on stewardship solutions in the United States, we have seen tremendous progress,” said Scott Cassel, PSI’s chief executive officer. “We are so proud of how far we’ve come together. New York will now benefit from millions of dollars of local government savings each year, increased environmental benefits, and additional recycled paint manufacturing jobs.”

“We are so pleased that paint recycling is now a reality for New York,” said Dawn Timm, chair of the New York Product Stewardship Council. “This program is a big step forward for product stewardship in the state. It’s also a testament to the dedication and perseverance of a diverse set of New York stakeholders from government, industry, and nonprofit communities.”

High-resolution images and video from the PaintCare program can be downloaded HERE.

Visit https://www.paintcare.org/NY for more information about the PaintCare program or to find a nearby drop-off site.

About PaintCare
PaintCare is committed to making it easy and convenient for households and businesses to recycle leftover paint in states with paint stewardship laws. A nonprofit organization created by paint manufacturers, PaintCare sets up drop-off locations for leftover paint, arranges for recycling and proper disposal, and conducts public education. More than 50 million gallons of paint, stain, and varnish have been managed by PaintCare in 10 states and the District of Columbia. For additional information, visit www.paintcare.org, like us on Facebook, and follow us on Instagram and Twitter @WeRecyclePaint.