PaintCare is a program of the opens in a new windowAmerican Coatings Association (ACA), a membership-based trade association of the paint manufacturing industry. Working through the opens in a new windowPaint Producer Stewardship Initiative (PPSI) facilitated by the Product Stewardship Institute (PSI), ACA supported the passage of the first U.S. paint stewardship law in Oregon and established PaintCare in 2009.

PaintCare began in Oregon as a three-year pilot program. After successfully demonstrating that the industry can design and deliver a program for post-consumer paint management, the Oregon program became permanent through new legislation in 2013. Similar laws have passed in California, Colorado, Connecticut, the District of Columbia, Maine, Minnesota, Rhode Island, and Vermont. Programs in Washington and New York are expected to begin operation in April 2021 and early 2022.

In parts of the United States where PaintCare operates, we encourage households, businesses, and individuals to take their unwanted, leftover paint to a PaintCare drop-off site. There it is sorted and managed for reuse, recycling, energy recovery, or safe disposal.

Without a PaintCare program, the best options for consumers to recycle or dispose of leftover paint are government-run household hazardous waste (HHW) facilities and one-day “round-up” events. However, these programs offer limited days and hours, are often located in remote areas, and most do not serve painting contractors and other businesses. In states with PaintCare programs, additional paint drop-off locations have been established to increase convenience and provide service to all paint users. Most locations are paint retailers, which are convenient locations open year-round and seven days a week. Across the nine PaintCare states, there are more than 1,750 drop-off sites, 77% of which are paint retailers.

PaintCare is funded through fees on each container of architectural paint sold in states and jurisdictions with paint stewardship programs. Budgets and fees are set on a state-by-state basis. Please see the PaintCare fees for the amounts in each state.

Here’s how you can start using PaintCare if you live in a PaintCare state:

Beginning October 21, 2019, PaintCare is celebrating a decade of providing consumer education and recycling opportunities for households and businesses that purchase paint, stain, and varnish for use in their projects and operations.

In July 2009, Oregon passed the nation’s first paint stewardship law, followed by PaintCare’s incorporation in October 2009. Since then, PaintCare has launched programs across the country following the passage of similar laws in California, Colorado, Connecticut, the District of Columbia, Maine, Minnesota, Rhode Island, Vermont, and, most recently, Washington and New York. 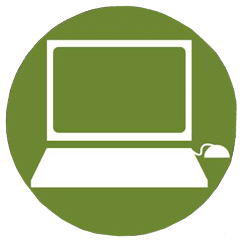 Where can I take my leftover paint?

In PaintCare States, there is probably a drop-off site near you. Use our opens in a new windowSite Locator to find sites in your area. In other states, our locator will list your nearest local household hazardous waste program.

What are the fees?

PaintCare Fees are applied to the purchase price of paint in every PaintCare State. Fees are set on a state by state basis and range from 35 cents to $1.99 depending on the size and state. For a list of fees in each state please visit our Fees page.

How are fees calculated?

Fees are set to cover the cost of a fully operating program on a state-by-state basis. First, PaintCare estimates the total expenses to run the program in each state. Next, we estimate the annual paint sales in each state for each size container. Next we divide the estimated total expenses of the program by the number of containers to be sold in the state ─ taking into account each size container. Since PaintCare is a non-profit organization, the fees may be decreased in the future if they were set at a level higher than what is needed to cover expenses, or fees may be increased if they were set too low and do not cover expenses.

Does it cost me to take back paint?

No, there is no charge for dropping off your paint.

Do I get my fee back? Is it a deposit?

No, the fee is not a deposit. Fees are used entirely to cover the expenses of running the program and not given back as a deposit for the return of paint or empty paint cans.

Do all retailers take back paint?

What happens to the paint?

The paint you drop off is packed into larger containers (boxes or drums) by the staff at the drop-off sites. One of PaintCare’s hauling companies picks up the paint and takes it to their facility for sorting by type. PaintCare manages the paint according to a policy of “highest, best use.” Our goal is to recycle as much as possible. If the paint is not recyclable into new paint, we find the next best use for it. Latex paint and other water-based products are separated from oil-based paint and other solvent-based products. Most of the oil-based paint is then taken to a cement plant where it is blended into a fuel and burned to recover the energy value. Most of the better latex paint (paint that is not rusty, molding or spoiled) is sent to recycling companies and reprocessed into new paint in standard pre-tinted colors. Some latex paint is used to make other products or used for alternative daily cover at landfills.

Overall about 1-2% of the paint we receive is simply reused. Some paint is nearly new and in excellent condition and is given away “as is” at some household hazardous waste programs that partner with PaintCare and have reuse programs or “swap shops.” Non-profit ReStores (such as those operated by Habitat for Humanity) that serve as PaintCare drop-off sites also screen out some of the usable paint and sell it in their store.

What should you do with empty paint cans?

PaintCare drop-off sites do not accept empty paint cans. Depending on where you live, you may be able to recycle empty paint cans in your curbside recycling program. If not, they should be disposed of in the trash. It’s important to check with your local recycling or trash services to see what is allowed. In most places, putting any liquids in the trash or recycling bins is prohibited. So, any cans you recycle or dispose of must be truly empty, and the lid should be removed so that trash collectors can see that they are empty.

For information about media in a particular PaintCare state, please see the state’s annual reports. Annual reports can be found under “Official Docs” on each state’s web page.

Select samples of PaintCare’s advertising and media placements are shown below.

Video Series: Paint Over the Decades

Paint Over the Decades Colors and styles change with the times! So has what you can do with leftover paint. Now you can recycle it with PaintCare – it’s easy.  Find a drop-off location near you…
30 sec. 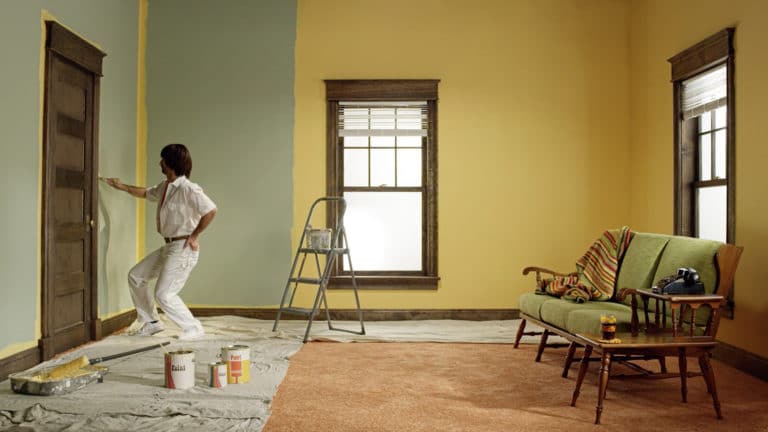 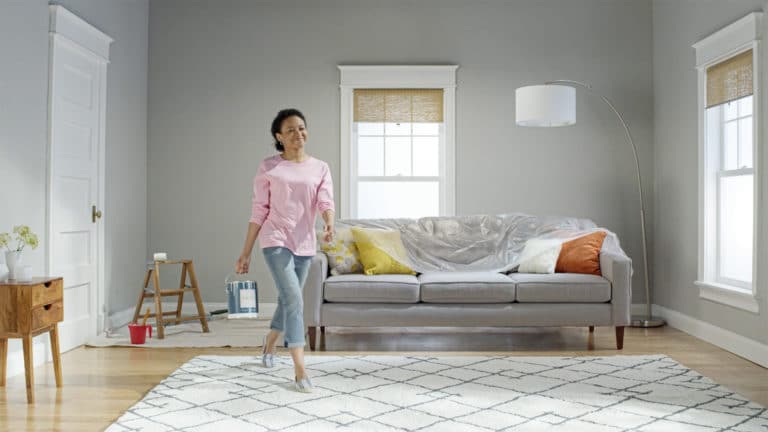 Video Series: Keep What You Need, Recycle the Rest!

Keep What You Need, and Recycle the Rest! Why not get some of that space back where you’ve been storing paint? Now is a great time to keep what you’ll use, and recycle the rest. Find a drop-off location near you… 30 sec. 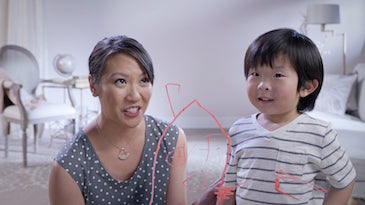 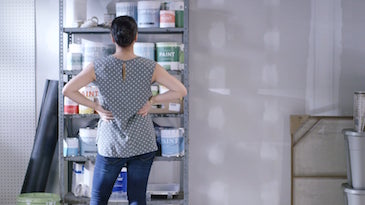 Used on TV and digital video 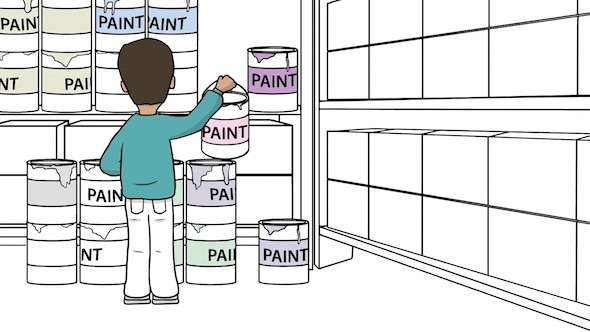 Paint Recycling: It’s Easy. (2 minutes) Leo and his daughter Sofia make her bedroom magical with paint; when they are done, they are left with some unused paint… 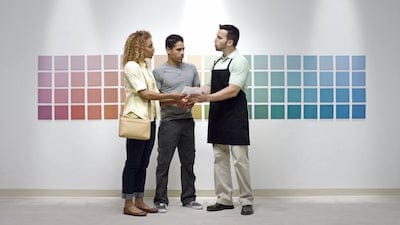 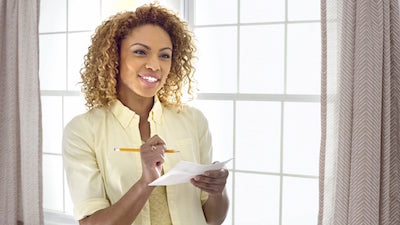 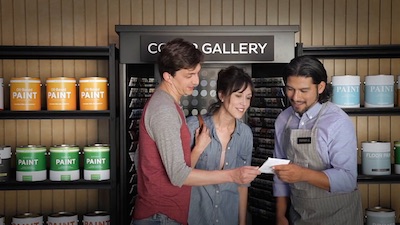 Buy Right (30 seconds) Trying to figure out how much paint you need? Ask for advice at… 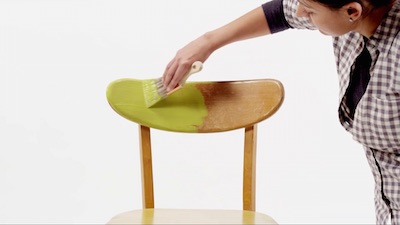 Use It Up (30 seconds) Running out of ideas for using up leftover paint? Recycle the… 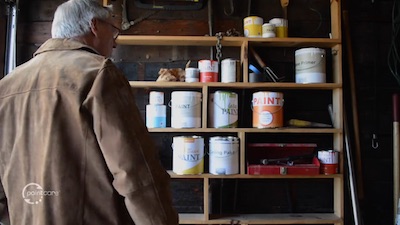 Recycle the Rest (30 seconds) Recycling your paint is easier than you think. Find a drop-off… 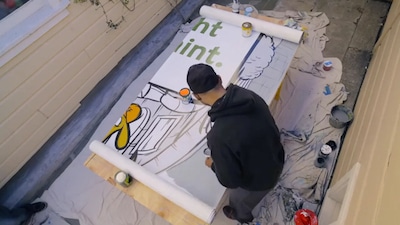 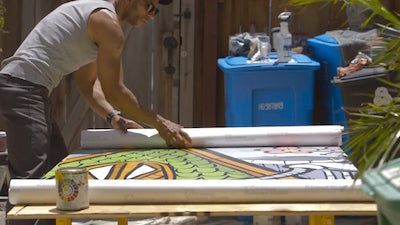 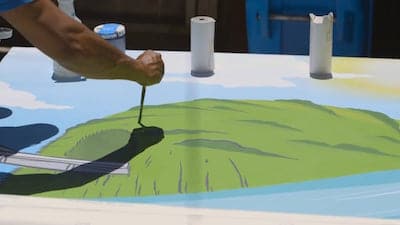 Bay Area Muralist Behind the Scenes Video 3 Watch Bay-Area muralist, Sirron Norris continue his work on the third and final…

Joint Projects with the State of Connecticut 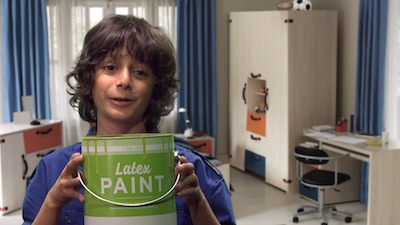 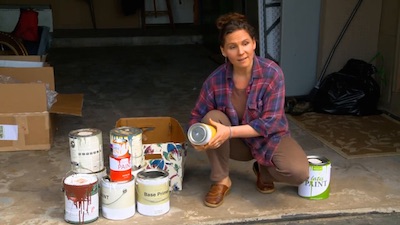 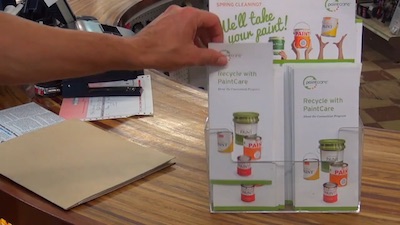 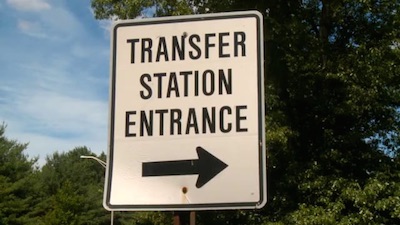 The following are examples of print advertisements placed in Red Plum coupon circulars:

The following are examples of newspaper advertisements that have appeared in all PaintCare states: 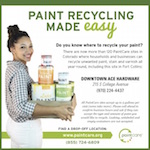 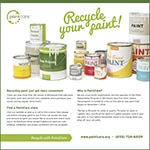 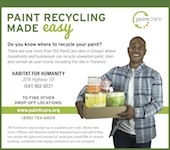 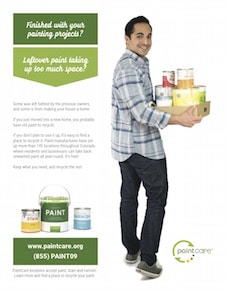 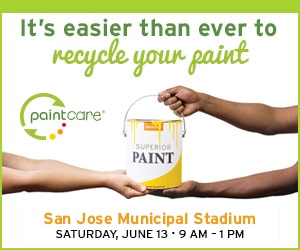 The following billboards have appeared in California, Connecticut, and Oregon.

The following sign was developed for display on trucks operated by the Denver Department of Public Works (Colorado). 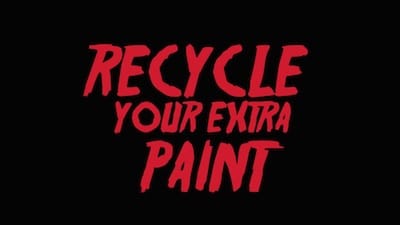 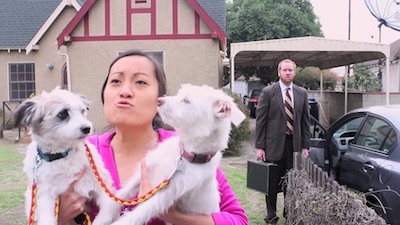 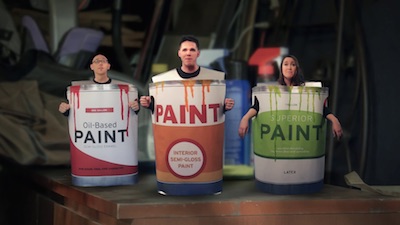 PaintCare seeks a qualified candidate to provide support to existing and future programs in the Western US. This is a remote position, and the location is flexible within existing program states (employee must be located in California, Oregon or Washington). The position will provide customer service support on the program’s nationwide hotline, coordinate with customers and vendors to ensure completion of large volume paint pickups, and support state-level staff with administrative needs across the region.

PaintCare seeks qualified candidates including a Program Manager and one or more Program Coordinators to implement the New York PaintCare program and will consider candidates with various levels of experience and located in different regions of the state. The program manager will be responsible for developing, implementing and overseeing the operations of the New York PaintCare program. Program coordinators will assist with program implementation, including developing partnerships with program stakeholders and identifying, recruiting, and training paint drop-off locations.