Back to Connecticut page 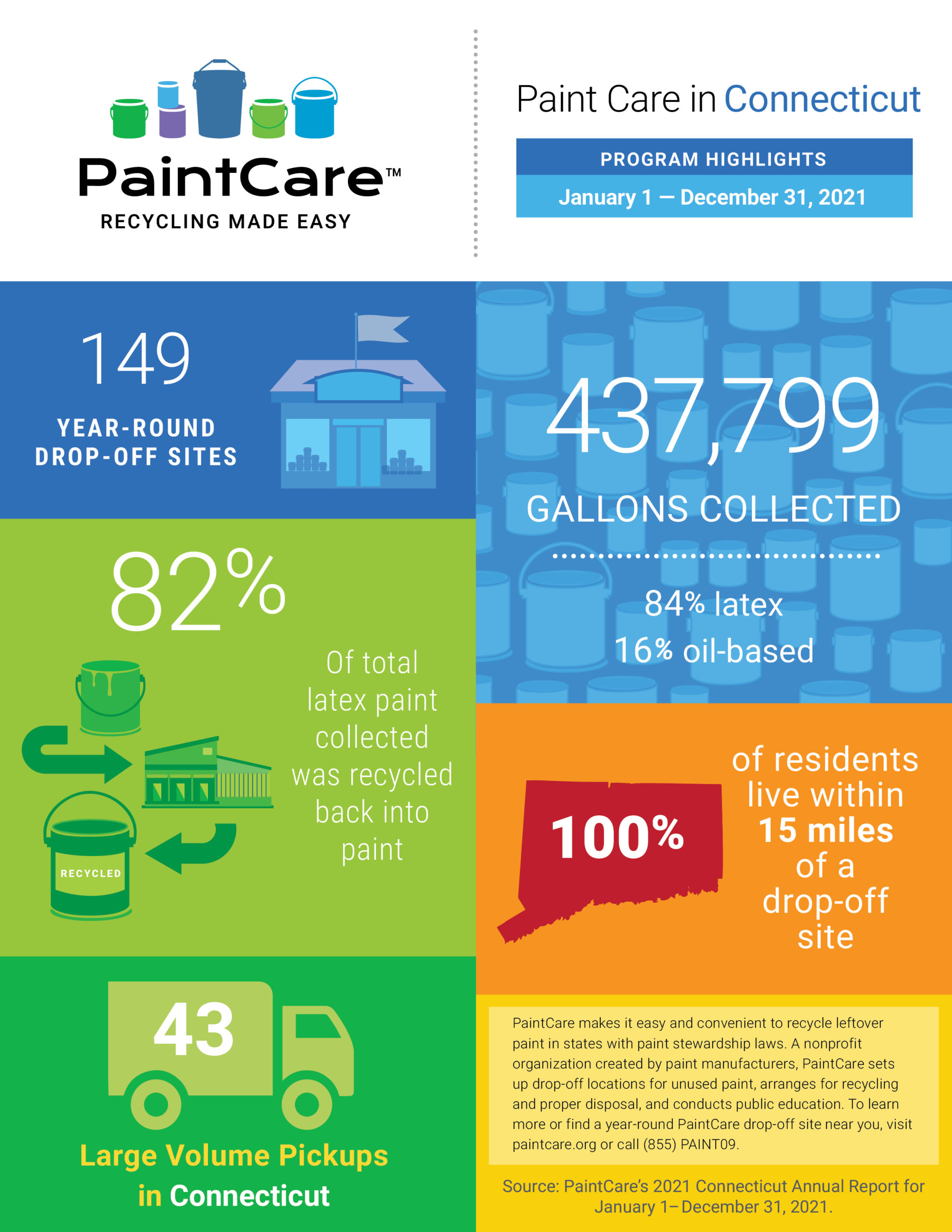 This one-page infographic highlights the successes from the most recent reporting period (January to December 2021) for the Connecticut PaintCare program. Please consider downloading and printing a copy of the infographic and then posting it for staff and the public at your business or organization.

PaintCare’s program plan for Connecticut was approved on May 1, 2013. The original version (March 2013) was revised and resubmitted in April 2013. This plan describes the operations, outreach, and other activities of the Connecticut Paint Stewardship Program:

Laws relevant to the PaintCare program in Connecticut are available at https://www.jud.ct.gov/lawlib/statutes.htm

At the request of PaintCare and the Connecticut Department of Energy and Environmental Protection, PSI evaluated performance of the first two years of the PaintCare program in Connecticut. This report summarizes PSI’s findings, based upon surveys conducted with five stakeholder groups